How access to contraception works in Australia, and why we need to protect it 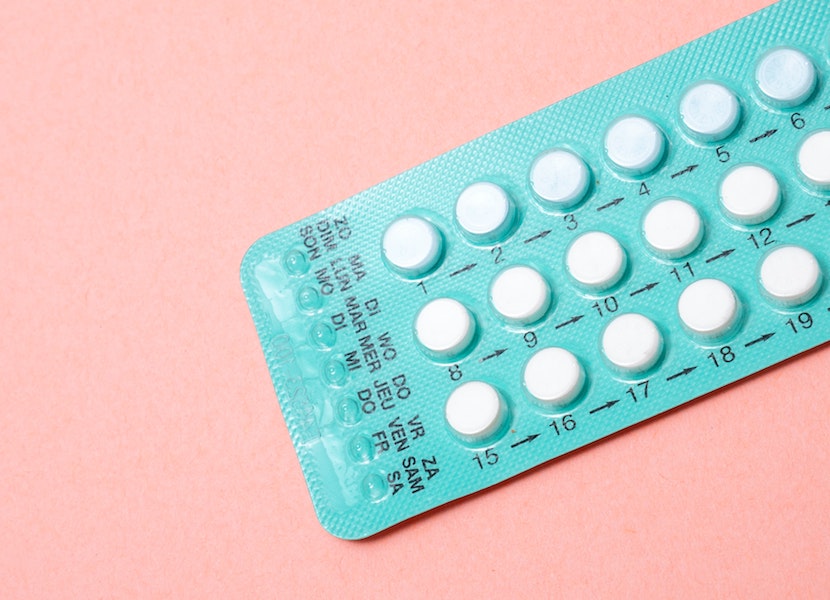 Why is a woman’s right to access contraception even up for debate?

In 1961, the release of the oral contraceptive in Australia completely changed women’s lives. More women than ever before entered the workforce, participated in public life and campaigned for the reformation of marriage laws and other cultural institutions. In fact, it ushered in such significant societal change, that there is an entire exhibition at the Australian National Museum detailing its history.

But almost 60 years after it first became available to both Australian and American women, the pill is perhaps more politicised than ever in the United States. This week, seven of the United States’ Supreme Court justices voted to uphold the Trump administration’s legislation which allows employers to deny their workers free contraception, in the name of a religious objection.

A huge shout out is in order for Ruth Bader-Ginsburg and Sonia Sotomayor, the only two justices who voted to oppose the amendment, accusing the legislation of “leaving women to fend for themselves”. Devastatingly, the decision will force as many as 126,000 working women to pursue contraception methods outside of their existing healthcare framework.

This is because period poverty and lower-income lockouts are serious issues we are still trying to overcome around the world when it comes to contraception in 2020. So just how did this decision come about, and could something similar ever happen in Australia?

Two steps forward, one step back

Women, really, have always had to fend for themselves when it comes to contraception. Even 60 years ago, middle and working-class women were intentionally priced out of being able to access the pill, and even then, it was available only to women with husbands (and in some cases, required their husband’s permission).

But the Supreme Court’s latest decision will unfairly burden the women who rely on America’s already-underperforming healthcare system, one which prioritises and protects only those who can afford to pay. This is because, unlike Australia, America does not have a public healthcare system.

Many Americans rely on their employers to provide them with health insurance, since paying personal premiums or, even worse, paying out-of-pocket can result in massive debts for those unlucky enough to suffer serious illnesses or unforeseen medical scares.

These private funding schemes differ in the degree to which they ‘cover’ their constituents, but this week’s Supreme Court decision now provides the option for contraception to be deleted from employer coverage schemes altogether.

This is, understandably, a distressing situation for many women throughout America, who will now, as Ruth Bader-Ginsberg predicted, have to fend for themselves when it comes to contraception.

The belief that the standardised healthcare system has ‘no business’ providing contraception is rooted in conservative, pro-life and anti-contraception values.

This week’s decision would legitimise an employer’s decision to leave employees to cover their own planned parenthood appointments, for example, if that particular employer was against abortion.

Ruth Bader Ginsberg rightly criticised the decision as allowing for religious beliefs and opinions to ‘overwhelm’ the rights and health interests of other people who do not share those beliefs.

It’s surprising to me that, even in 2020, the humble contraceptive pill still remains up for debate, despite it very clearly representing a health issue, not a political one.

Not everyone takes it to avoid unwanted pregnancies; it can treat endometriosis, polycystic ovary syndrome, hormonal acne, and so on. With this in mind, why don’t we politicise painkillers or anti-depressants in the same way?

The question of freedom

It’s important to remember that Australia is not above the religious freedom debate and that this is something that could adversely impact how easily women can access contraception.

Many women already experience stigma when it comes to accessing birth control and abortion, and this Bill would only increase the psychological distress experienced by many Australian women when seeking out these services.

Former Australian High Court Justice Michael Kirby’s recent article for The Sydney Morning Herald rightly argued that these laws, justified in the name of ‘religious freedoms’, instead feed a culture of intolerance and division.

There is an obvious paradox in advocating for one’s ‘freedom’ to deny people contraceptive options, to the detriment of another’s ‘freedom’ to live autonomously (and childlessly).

The first draft of the Bill was widely criticised, but the recently revised draft retains many of the provisions that would curtail women’s access to contraception and abortion in Australia.

Edwina MacDonald, a Legal Director with the Human Rights Law Centre said in a statement to the UN Human Rights Council that the Bill poses a serious threat to women’s equality in Australia.

“Already, we have evidence of doctors with religious views standing in the way of women’s access to essential reproductive healthcare, like abortion and contraception. No person should have to fear being abandoned in a time of medical need because of the personal religious views of their doctor,” she said.

Regressive policies like the Religious Discrimination Bill and decisions like those made in America this week seem to overwhelmingly protect those with contemptible religious values but care little for the people who are actively harmed in the execution of these ‘rights’, like working women who need contraception.

Read the full article in The Fashion Journal