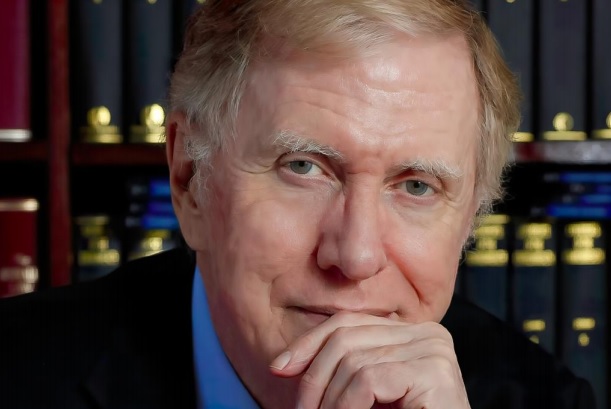 By Naomi Neilson in Lawyers Weekly

In response to a Christian group’s “lobbying blitz” and in criticising organised religion for failing to “lift their sights above sex and bedrooms”, former High Court justice Michael Kirby has called on religious freedom advocacy groups to ditch the reliance on generalities about the law and to come clean about what they really want.

His honour Justice Michael Kirby AM CMG said that now was the time advocates for the controversial religious freedom bill stop using platforms to make generalities about the laws and instead come clean about how the proposed bill would “impact on vulnerable Australians, including those who identify as homosexual”.

“Should we, for example, allow schools today to teach Australian students that the universe was literally created in six days? Or that Black people had their skin colour as a punishment from God? Or that left-handed people evidenced a trait of the devil? Or that women are not equal to men but subject to obedience by men?” Justice Kirby commented in a recent statement.

“At a time when there are so many important moral questions facing humanity, is it discouraging that some leaders or organised religion cannot lift their sights above sex and bedrooms.”

He said Australians are entitled to know whether under the guise of “protecting the religious freedoms”, different faith groups are instead advocating a number of “cruel and discriminatory” measures that include forcing children of faith-based schools to either keep their sexual identity a secret or consider conversion therapy.

Off this, Justice Kirby said it also sounds like groups are advocating for children to answer questions at school concerning their sexual orientation or gender identity and promise “sincerely to avoid all emotional and physical contact or expressions of their feelings”. If these children do not, he asked if they are advocating expulsion.

“There has been a lot of skirting around these issues, yet this is where the rubber hits the road in the new proposed legislation,” Justice Kirby commented in a recent statement. “I support Prime Minister Scott Morrison’s earlier reported statements that no child should be expelled from a faith-based school on the grounds of their sexual orientation; nor made to suffer bullying or inequality on such grounds.”

Justice Kirby said that older Australians – but especially those “who are gay and grew up in oppressive days of bullying and hatred” – now owe it to young Australians to speak up for them and insist there is no turning the clock back to “bad old days”. This, he said, is also true of the legal profession and lawmakers.

“When it comes to practicing religious beliefs in ways that hurt others, the community, through the law, has the right to step in and offer protection to those others. This is especially so when cruelty and discrimination are upheld by religious doctrines. Particularly so where such doctrines are shown, by increasing evidence, to be unscientific and without empirical foundation,” Justice Kirby commented.

Because much funding for faith-based schools comes from funds raised by the Australian taxpayer – despite their individual religious beliefs – Justice Kirby said it is now more important than ever to limit the use of the public purse on the unscientific and discriminatory practices in schools and other religious institutions.

“Universal human rights protect the rights of everyone to hold and practice their religious beliefs and to worship their God in the manner of their choosing. However, especially when it comes to children and other vulnerable people, the law must step in to protect and safeguard them,” Justice Kirby said.

“Religious liberty is not absolute. As Sir Zelman Cowen, past Governor-General of Australia, once explained: ‘The right to swing my arm ends when I strike someone else’. Similarly, my right to have and behold religious views is not absolute.”

In a statement, Justice Kirby listed several other examples for what faith groups may be advocating under the generalities. These are in their entirety: