The Religious Discrimination Bill is ready to go 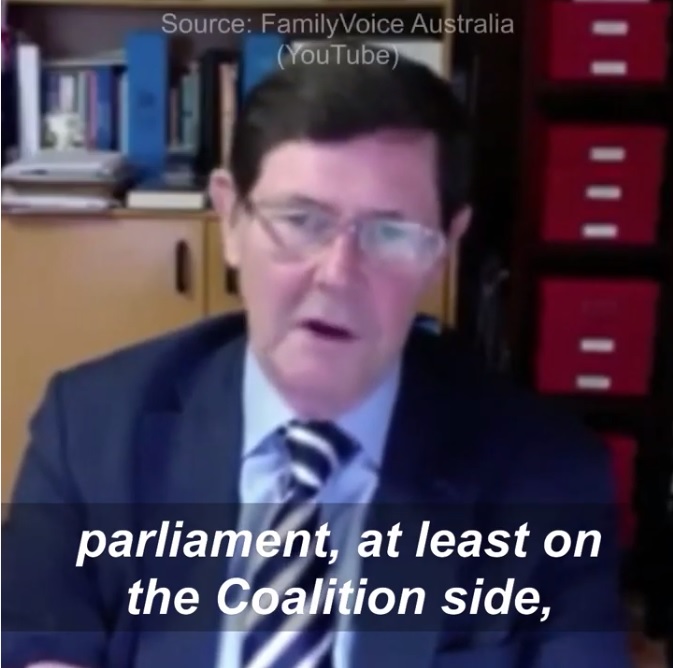 In a confidential webinar this month, Liberal MP Kevin Andrews revealed that the Morrison government’s Religious Discrimination Bill has been drafted by the Attorney General Christian Porter and is ready to be presented to Federal Parliament. Kevin Andrews said:

“I, and members of Parliament on the Coalition side have had widespread ongoing consultation with the Attorney

And my hope is that this bill will be presented shortly”

Ominously, Kevin Andrews also confirmed the commitment of conservative stakeholders and the Morrison government to bringing forward these divisive laws this year:

If enacted is would be a huge step in terms of protecting freedom of religion in Australia, compared to where we are at the present time.”

When the Religious Discrimination Bill does return to Federal Parliament, we intend to oppose it every step of the way. But we can’t do it alone.

How can you help?

To fight the Religious Discrimination Bill, we’ll need funds and supporters, and you can help us with both.

The funds you donate will be used to campaign in the media and to influence key Senators to oppose the Bill when it returns to Parliament this year.

We need to generate huge public support to successfully oppose the Bill. You can help by encouraging your friends to join our campaign.

We cannot keep Australia free from discrimination and division without your help.

Once again, thank you for your incredible support.